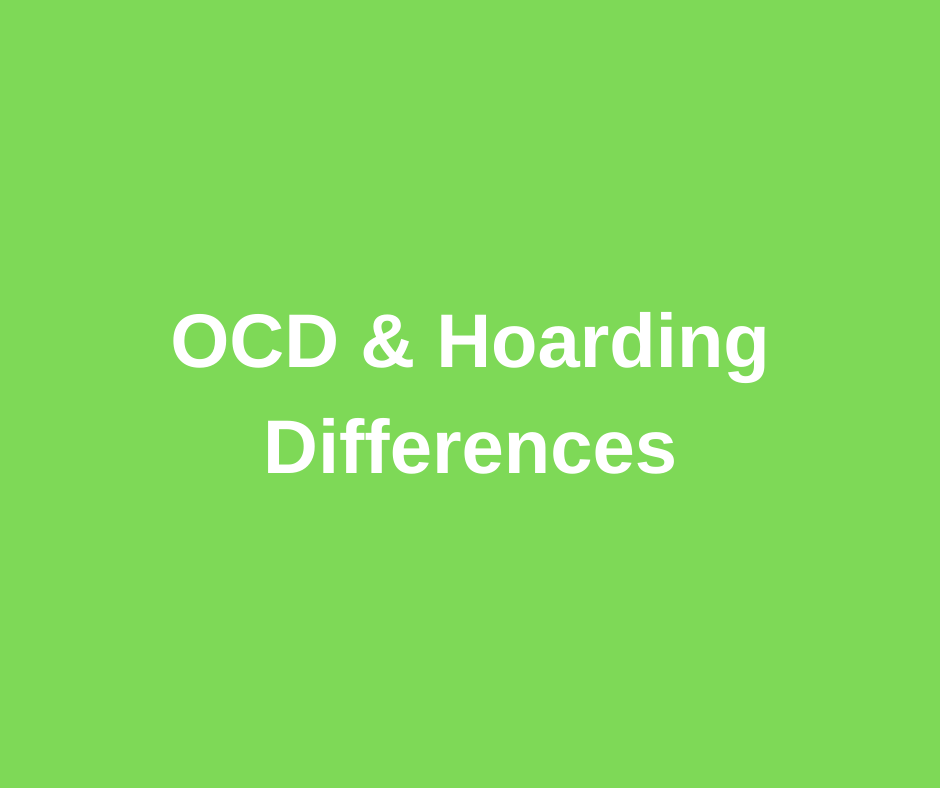 Hoarding used to be classified under Obsessive-Compulsive Disorder (OCD) as a symptom, but under the new edition of the Diagnostic and Statistical Manual of Mental Disorders or DSM-5, hoarding is now classified on its own under the category of “Obsessive Compulsive and Related Disorders”. OCD and Hoarding DSM-5 criteria compared below:

The criteria for OCD as defined in the DSM-5:

Note: Young children may not be able to articulate the aims of these behaviors or mental acts.

The criteria for Hoarding as defined in the DSM-5:

It's not entirely clear what causes OCD and Hoarding however there are some research that has linked genetics, brain functionality, and when it comes to hoarding there have been links to a traumatic event. Brain functionality could mean damaged or impaired functionality either from illness, drugs, or physical damage.

The Difference between OCD and Hoarding

OCD is having reoccurring thoughts, urges, or images and having a compulsion to try to minimize or remove  them whereas hoarding is having not an obsession with the items but rather having difficulty in letting things go. OCD compulsions such as hand washing, counting, or repetitive tasks to minimize or reduce the persistent thoughts or urges can result in disruptions to daily life and may cause avoidance of social situations. Hoarding results in clutter due to the difficulty in letting things go which can affect the health of the home environment and avoidance of having anyone entering the home.

What is Behavioral Therapy?

Behavioral Therapy is therapy to treat mental disorders. The therapy is used to identify and change self-destructive or unhealthy behaviors by changing some behaviors and creating new behaviors through activities and exercises. One of the most common forms is "cognitive behavioral therapy" which combines cognitive therapy with behavioral therapy which uses problem solving to meet goals of changing patterns of thinking and behaviors.