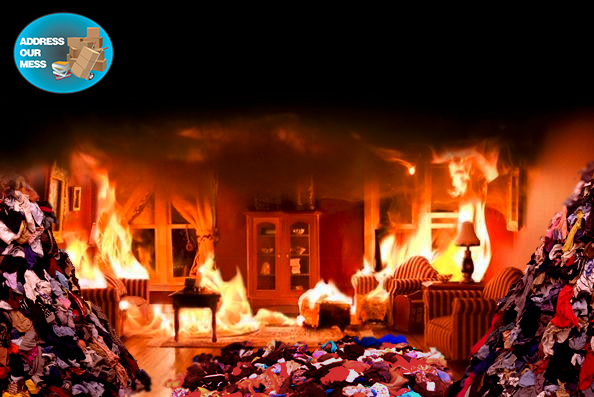 Clutter can kill. Clutter doesn’t actually personify and attempt its own version of The Shining, but many dangers can coincide with the household disorder. One major concern is the danger of fire hazards. A home will not spontaneously combust, but flammable objects, obstructed electrical sources, chemicals, and other hazards could put a home at risk for a flaming end.

Not only can a chaotic mess in the home be the cause of a fire, the objects can actually impair any efforts to put the fire out or for evasion. The homeowner may be at risk and have difficulty escaping a home. Walking through the home on a normal basis may seem manageable, but during a fire it will not be so easy. The home will be dark due to the smoke, so visibility will be limited. Without the ability to see, the residents will be unable to properly maneuver around obstacles and escape. If a fire suddenly occurs in the middle of the night when the residents are asleep, the individuals will be quickly forced into consciousness and must hastily take action, which will be difficult with dark, suffocating conditions.

Not only will visibility be compromised, but maneuverability will be too. An excessive amount of possessions runs the risk of collapsing at any given point in time. With the addition of flames eating away at support, objects may fall and obstruct any available pathways or even fall on top of and injure people. Flammable objects can also add to the flaming maze and trap individuals.

Firefighters are here to help, but these brave men and women cannot properly come to the aid of the distressed if there are complications holding them back. The household clutter can block the residents from exiting and can also block the firefighters from entering a home. The delay will take precious time away from their efforts to save the victims; time that could be the difference between life and death. 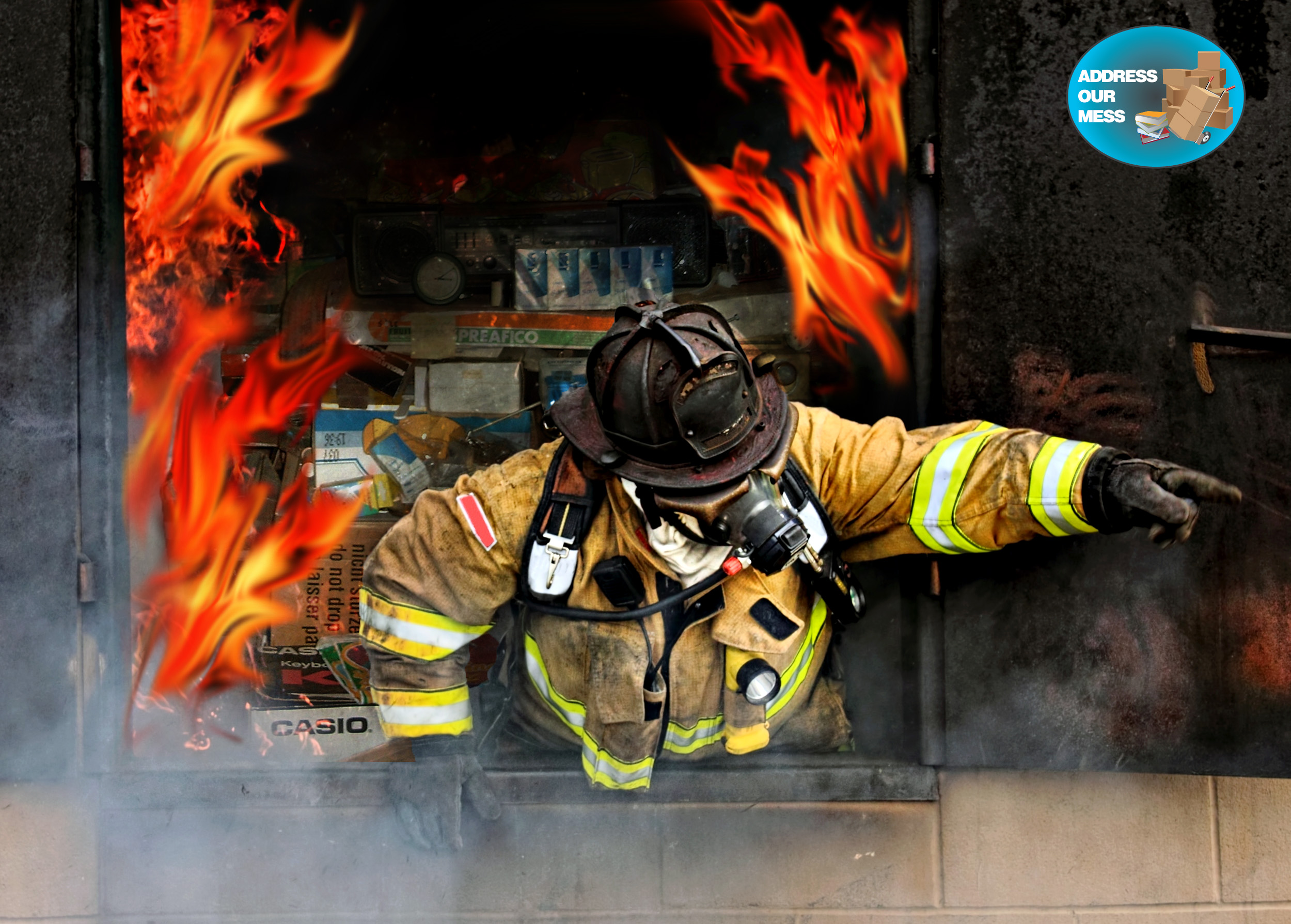 If firefighters are able to eventually make it into the home, their lives are now at risk. Being a firefighter is a dangerous career as is and does not need other factors to add to the danger. While in the unfamiliar environment, the firefighters are also blinded by the smoke and piles of objects make it difficult to progress through the residence. In addition to possible falling objects, the structure of the home itself is at risk for deterioration, as clutter could have initially weakened the structure that the flames are finishing off.

Don’t let your home be a fire hazard. Minimize household clutter, and maintain open escape routes. Discard of unnecessary paper materials such as old mail, newspapers, magazines, and anything else that is no longer needed. Ensure outlets and cooking areas are free of obstructing, flammable objects. If a hoarder is residing in the household, it is important to alert firefighters so they are aware of the situation before it becomes a life-threatening one. If the home is too chaotic to handle individually, call professional services, such as Address Our Mess, to assist with cleanup efforts. Sustaining living conditions pardoned of clutter will help to maintain the well-being of the household residents and anyone who enters the dwelling, as well.